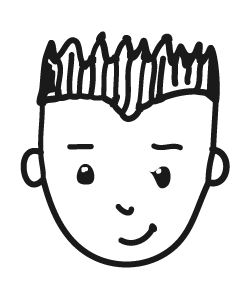 While planting a garden and tending a yard may seem simple, nothing could be further from the truth. It isn't always easy to master different concepts when it comes to agriculture, but a friend of mine started chatting with me about how to make things better. I learned more about how to choose plants that were more likely to thrive in my area, and then I even worked with a gardener to find out more about tilling the ground and making things grow more freely. Although it was a difficult thing to master for a few years, things are better now. Read up on agriculture on this blog.

If you're like many modern homeowners, you know the value of having an attractive outdoor living space that's a pleasure to spend time in. You probably also wish there were ways to keep landscaping costs low and still have a yard and garden area you can be proud of. You may also have the misconception that organic gardening comes with a higher price tag than conventional gardening, but you can actually save money by putting certain organic gardening strategies into practice. Following are just three of the many ways you can save money by implementing organic gardening methods into your overall landscaping routine.

Pest control products tend to be among the more expensive gardening supplies, but natural pest control methods tend to cost less, as well as last longer. For instance, marigolds have a pungent aroma that repels a great variety of insect pests, and they reseed themselves profusely enough so that you won't have to purchase new plants every spring as long as you allow them to go to seed in autumn when the growing season is over. You can also release live ladybugs into the your garden. They're beneficial insects that feed on common insect pests, and like marigolds, they replenish their own populations naturally.

Using landscaping plants that are native to your particular region eliminates the need for chemical controls, as well as extraneous watering, because these plants are already genetically adapted to thrive in local soil and climate conditions as well as have a natural genetic resistance to insect pests and pathogens that exist in your area. Your local landscaping professional can provide you with a list of trees, shrubs, herbaceous perennials, and annuals that are native to the particular region in which you live. These plants are also more likely to successfully reseed than their non-native counterparts, which will save you even more money because they won't need to be replaced as often.

Healthy plants require far less chemical controls than others, which means that you'll save yet even more money. One of the best ways to create healthy soils is to combine a slow-release, organic fertilizer with plenty of organic soil amendments. Chemical fertilizers ruin soils over time because of the amount of saline and other harsh additives that they contain. Organic fertilizers and amendments create strong, healthy soils that produce healthy plants that are disease and pest resistant. Healthy soils also retain water better, resulting in decreased utility costs.